The 90s had a huge effect on the fashion industry – from sports stars to musicians, a lot of the looks of this decade were influenced by some of the icons of the era – some were bigger hits than others, but we can see the trends that started with popular TV shows, Musicians and Footballers.

The catwalks have been making a big return to 90s fashion, as we saw at the fashion shows earlier in 2020 – if you are looking to update your winter wardrobe, here are a few 90s inspired items, like this Superdry menswear,  that you might want to consider this winter…

Parka Jackets – The iconic parka, as worn by Britpop stars the Gallagher brothers is not only fashionable right now, but also comfortable. Perfect for the long cold winter months, if you want to update your winter wardrobe and need a new coat then a parka is the one for you!

Sportswear – The 90s saw sportswear head out of the gyms and onto the streets – stars like Michael Jordan became household names, not only for their sporting prowess but also for their trainers, and the world watched not only their abilities as an athlete but also their fashion sense! This winter keep an eye out for sports brands such as Fila and Champion making a return to the high street. 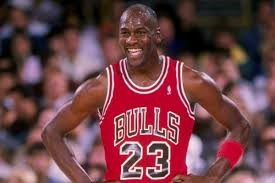 Checked Shirts – The 90s was the era of grunge and one of the mainstays of this look was of course a checked shirt. Buy a size larger for that authentic grunge style and wear with distressed denim for the ultimate casual look.